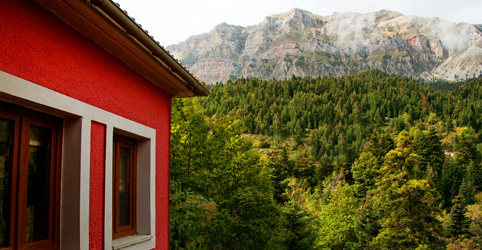 Tzoumerka. A place that you can find refuge, beauty of nature and the secrets of forest and trees. Our vision was to transform this place into a destination for those who yearn to find a place so rich, so authentic, really unique. Stone and wood create a very warm atmosphere. As the hotel is harmoniously tied into the pine forest, only a sense can be created. Relaxation.

A visitor can immediately understands how differently we approach the concept of hospitality... The feeling of warmth and unique beauty will conquer you... Comfortable and functional layout and high quality of services are a prerequisite for the operation of our hotel. 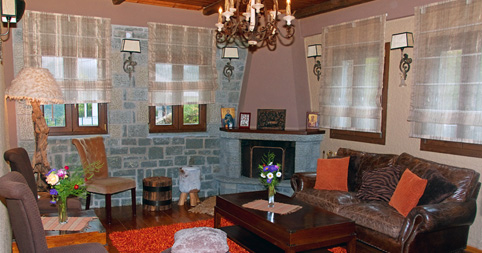 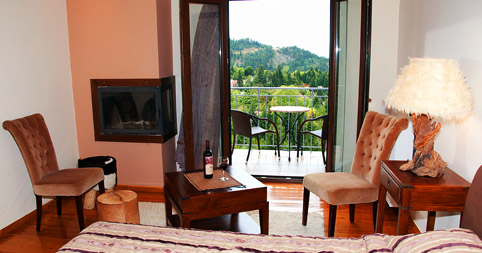 Rooms exude a feeling of intimacy, warmth and discreet beauty. Wooden floors and ceilings, earth tone colors, modern décor... Expectations for memorable special moments at the foot of the imposing Tzoumerka. Choose your own room - shelter, your "cottage" of your dreams...

Absolute relaxation any time of year ...

Enjoy your most pleasant experience at Tzoumerka, in Agathi Hotel

All rooms have a private balcony and are decorated with elegant furniture.

Visit us any time of year. This beautiful landscape will be unforgettable. 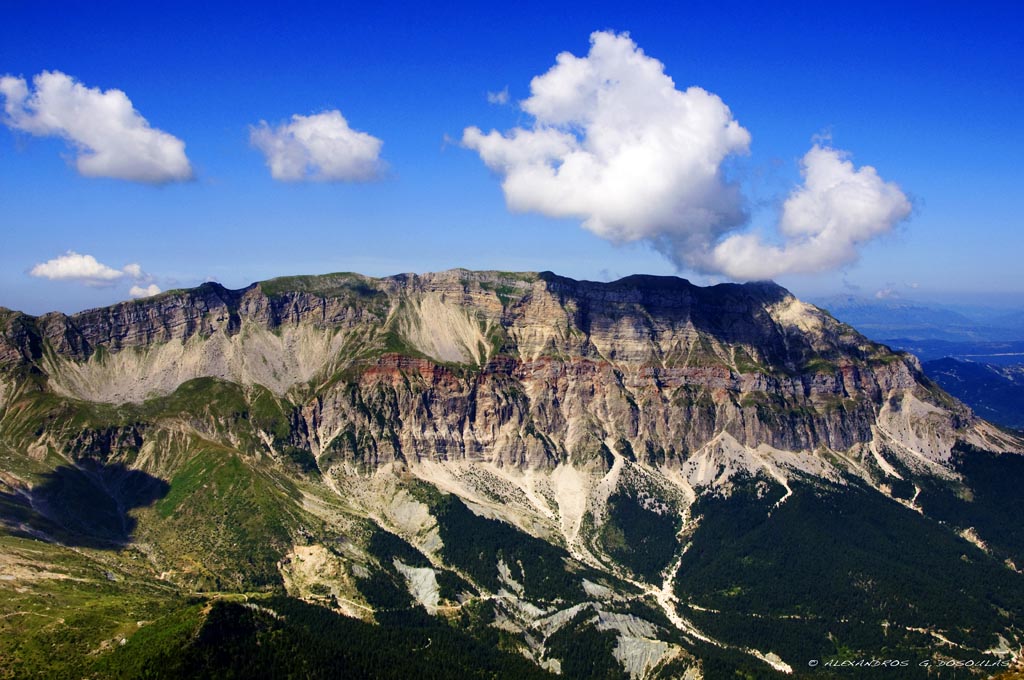 Syrrako or Sirako (Greek: Συρράκο or Σιράκο) is a village and a former community in the Ioannina regional unit, Epirus, Greece. Since the 2011 local government reform it is part of the municipality North Tzoumerka, of which it is a municipal unit. It has a predominantly Aromanian population, and is located 52 km southeast of Ioannina at an altitude of 1200 m, on the mountain Peristeri. It is built on a steep slope in and retains its traditional buildings.

Syrrako is built on the slopes of Mount Peristeri (Lakmos) in the Pindus, offering natural shelter and security.

Syrrako is separated from its twin village Kalarites by the deep ravine of the river Chroussias, a tributary of the Arachthos. Tradition says that the river’s name derives from Νeoptolemos’ son, Chroussios, who drowned there, not being aware of the fact that water rises fast during bad weather conditions.

Pramanta (Greek: Πράμαντα) is a village and a former municipality in the Ioannina regional unit, Epirus, Greece. Since the 2011 local government reform it is part of the municipality North Tzoumerka, of which it is a municipal unit. In 2001 its population was 1,422 for the town, 1,845 for the community and 2,194 for the municipal unit. Pramanta is situated in the Athamanika mountains, at about 900 m elevation. It is 4 km west of Melissourgoi, 6 km north of Agnanta, 6 km south of Prosilio, 26 km southeast of Ioannina and 28 km south of Metsovo.

Kalarites (Greek: Καλαρίτες) is an Aromanian village and a former community in the Ioannina regional unit, Epirus, Greece. Since the 2011 local government reform it is part of the municipality North Tzoumerka, of which it is a municipal unit. The population in 2001 was 223.

Sotirios Voulgaris, the notable Greek who founded the jewelry and luxury goods company Bulgari was born in Kalarites

Melissourgoi (Greek: Μελισσουργοί, Beekeepers) is a former community in the Arta regional unit, Epirus, Greece. Since the 2011 local government reform it is part of the municipality Central Tzoumerka, of which it is a municipal unit. Population 671 (2001).